When news trickled down that Trupti Biryani & Curries had opened on Green St (extension of Oak Tree Road) in Iselin, it got my blood pumping.

You see, Biryani for Indians is like Kate Upton to Americans.

The mere sight and sound of Biryani gets Indians into a drooling ecstasy.

During my visit to Oak Tree Road/Green St on a recent weekend, I resolved to try Trupti's Biryani. The restaurant is located in the same spot as the now closed Anjappar Express, just across the street from Deccan Spice.

As it was way past lunch time, I settled for a Biryani and Curry takeout instead of dining in. 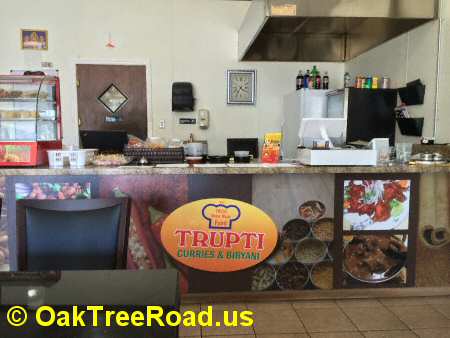 Trupti Biryani's kitchen took about 20 minutes to get my food ready.

For my cultivated Indian taste-buds, Trupti's Egg Biryani is the second best egg Biryani I have enjoyed in Iselin/Edison.

Folks, I have had Egg Biryani at Dakshin Express and Paradise Biryani Pointe on Oak Tree Road in Edison.

While Trupti Biryani is not in the class of Dakshin Express's Sooper Biryani category, I would rate it as one of the good Biryanis on Oak Tree Road. 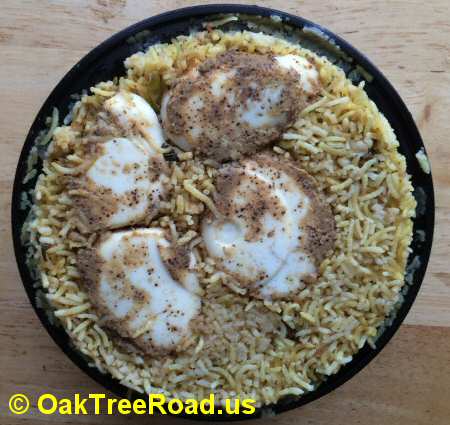 Egg Biryani - $7.99
There were several things in favor of Trupti's Egg Biryani:

On the flip side, I found Trupti's Egg Biryani a bit dry. While it is healthy from a cholesterol perspective, a tad more cooking oil could have easily put Trupti Biryani on par with the heavenly Dakshin Express' Egg Biryani.

Also, Trupti's Egg Biryani did not include any vegetables save a few tiny onion pieces and mint leaves.

It did not come with the customary slice of lime and chopped raw onion.

Close on the heels of Egg Biryani was Trupti Biryani's Gutti Vankaya. 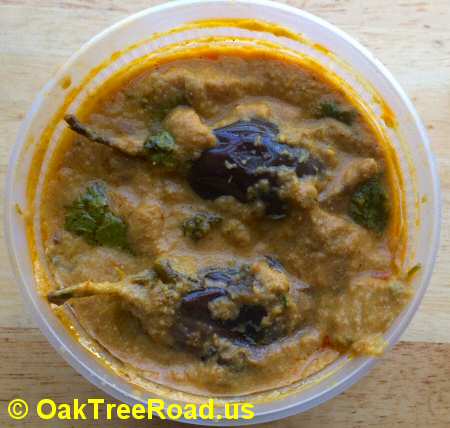 Gutti Vankaya - $6.49
Unlike the Gutti Vankaya I've tried from other Andhra restaurants in Jersey City and South Plainfield, Trupti's version was neither bitter nor an oil slick.

Even the serving size was decent for $6.49. My small grouse was that Gutti Vankaya did not come with white rice on the side.

I impulsively picked up a packet of Chegodilu ($3.99) from the counter and added it to my order. 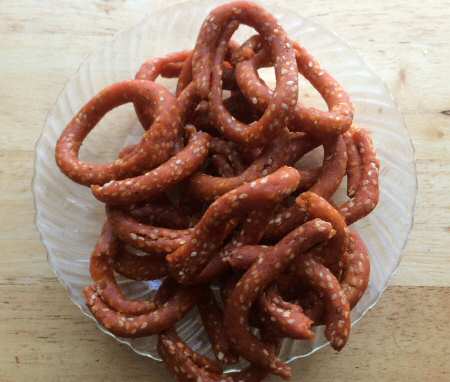 Chegodilu - $3.99
At first I was a little uneasy about the Chegodilu due to its fiery red color. I wondered if food color was added to make it look attractive.

But my trepidation disappeared as I crunched into a small piece. Chegodilu was crunchy as it should be and packed strong flavor of white sesame seeds.

Chegodilu was so fresh that in retrospect I regretted not picking up more packets.

When I walked into Trupti around 4PM, the restaurant was empty.

An Andhra waitress in her late 30s came out of the kitchen and took my order.

The lady did not care to provide me with a copy of bill after making the payment.

When I was at the door, I noticed that my takeout did not include napkins, plastic spoons or paper plates. I went back and got them from the counter.

Not withstanding the indifferent service, I recommend Trupti Biryani for its delicious Andhra food.

During my next visit, I intend to pick up some Andhra Ariselu, Laddu and Murukulu as well.

Hey, I may not be able to get my hands on Kate Upton but I sure can lay my hands on good Biryani when I visit Oak Tree Road. - © OakTreeRoad.us